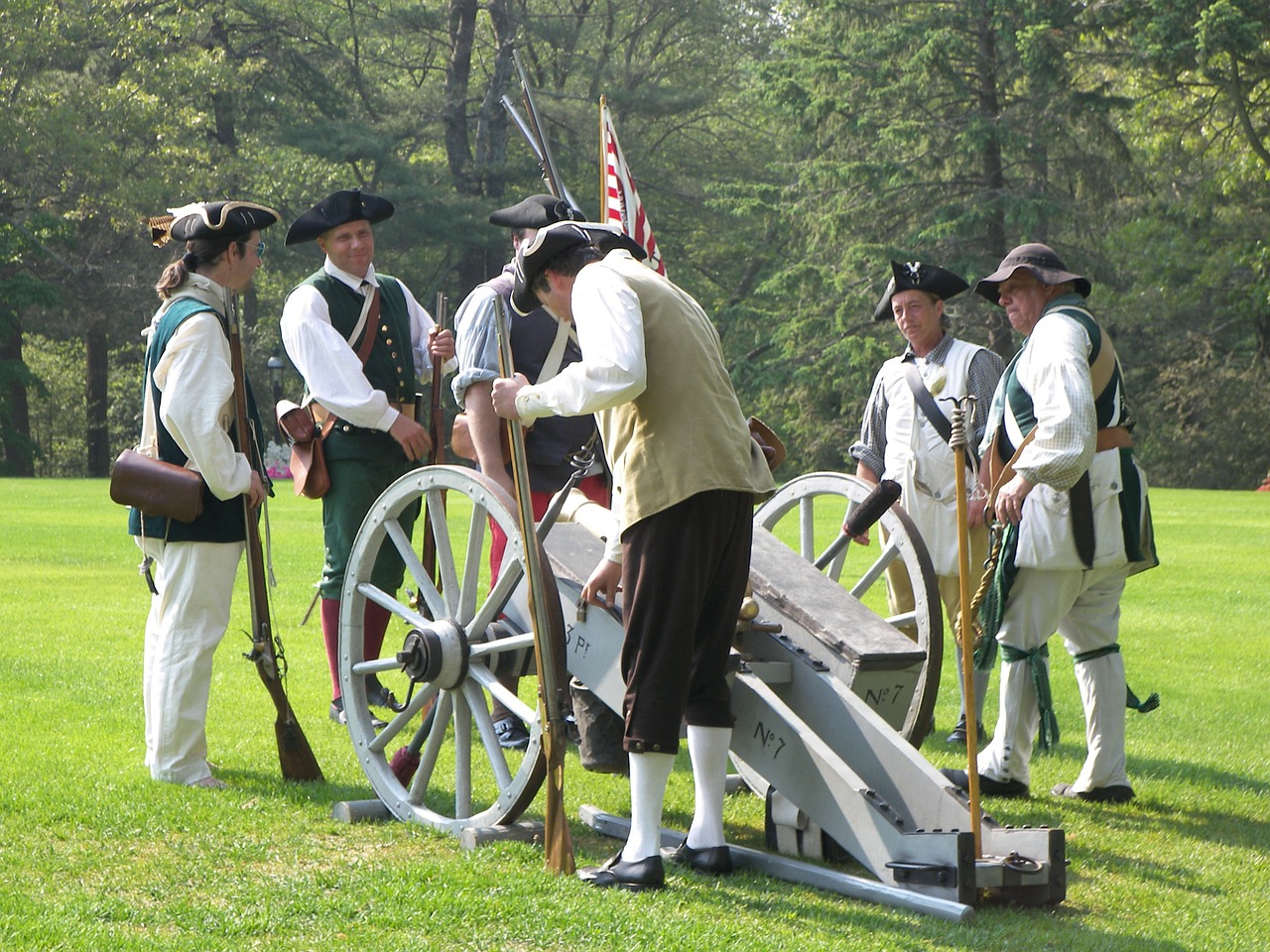 “Since the Men from a Party, on fear of a Frown,

Are kept by a Sugar-Plumb, quietly down.

Supinely asleep, & depriv’d of their Sight

If the Sons (so degenerate) the Blessing despise,

And tho’ we’ve no Voice, but a negative here.

The use of the Taxables, let us forebear,

(Then Merchants import till yr. Stores are all full

May the Buyers be few & yr. Traffick be dull.)

That rather than freedom we’ll part with our tea.”

The above poem, which empowered many women to join the boycott against British goods, was written by Hannah Griffitts in 1768.  More than 300 women in Boston joined in signing an agreement to not drink tea. From there, women all over the colonies made this boycott one of their ways of fighting the unfairness of the acts placed upon them by parliament.  One woman, more in Spirit than in stature, was a 9 year old girl named Susan Boudinot. She and her mother were invited to the royal governor’s mansion in New Jersey, and of course, served tea. Susan politely curtsied, then made her way to an open window, where she threw the tea out the window. Apparently, her mother had raised her properly.

In response to this, GIRL COTT

So much is said of the male heroes of the Revolutionary War, and rightly so. But the women of the Revolutionary War were fierce, protective, and very loyal. They in fact, got the boycott against tea going in Boston (hence the name girl cott). More than 300 women signed an agreement not to use tea in their homes. Another way to protest was against British cloth and fashion. The Daughters of Liberty gathered women into spinning bees, where they made homespun cloth which they wore with pride. Mary Torr Thompson and her neighbors sewed enough clothing for a whole company of soldiers! Other boycotted British goods were paper, glass, lead, paint, sugar, gloves, hats, linseed oil, and glue.  The women made do without these items, and thus we drink coffee and hot chocolate in America rather than tea, even to this day. Women weren’t afraid of a physical fight either. Once they “tarred and feathered” a young man for saying he didn’t like the Continental Congress. They used resources they were used to: molasses and weeds. When a merchant tried to sell some of their everyday staple foods at a higher cost, a large group of women stormed his store and threatened him until he changed his prices. Don’t underestimate the power of women!

For more stories of heroic women, read the book  Independent Dames, written by Laurie Halse Anderson.  Its a picture book for children of all ages.

Fort Ticonderoga was a British held fort between Lake George and  Lake Champlain. If the Americans could sieze control of the fort, they would not only gain a strategic stronghold, but would also gain a much needed supply of ammunition and cannons. (Later this cannon would be what Henry Knox would use in strengthening Dorchester Heights in the siege of Boston.) The rebel army felt they needed a strong action. The war had just begun, and they had seen that the British did have some weaknesses.  If they could only use these and some of their own zeal which had frightened the British at Lexington and Concord, they could take this fort. Ethan Allen and his Green Mountain Boys, along with Benedict Arnold, were chosen for the job. Ethan Allen was 6 feet 6 inches tall and was known as the American Giant. On May 10, 1775, he took his troops and crossed Lake George to get to the wall of the fort. There seemed to be few guards, the gate was opened, and the sentry were asleep. The first British guard to see the troops fired a shot. Then another tried to point his bayonet at the Green Mountain Boys. Allen knocked the guard on the head and continued into the fort. “Come out, you old rat,” he yelled to the officer in charge. A few minutes later, an officer  appeared, half dressed in his uniform with no pants. Allen simply looked at him and told him to surrender the fort. “By what authority?” returned the commandant. Allen, sword in hand, replied, “In the name of the Great Jehovah and the Continental Congress!” And they surrendered. No blood, no casualties. The British soldiers, their wives, and children who were at the fort were all taken prisoner. Allen had captured all the cannon and artillery without firing a single shot.

Deborah Sampson was born in Massachusetts to a very poor family. She was hired out as an indentured servant, and wasn’t released until she was eighteen.  She chose to become a school teacher next, rather than marry. She was 5 foot 7 inches, which was tall for a woman, strong, a hard worker, and well educated. She wanted to help support the cause of freedom, and since women couldn’t fight, she chose the next best thing. She dressed like a man. On May 20, 1782 she walked more than 50 miles to Worcester, where she could apply for the army without a physical examination. She gave her deceased brother’s name, Robert Shurtleff, and became a member of the 4th Massachusetts Regiment. Her first battle was in July in New York. She recieved two musketballs to her thigh and a gash across her forehead. She continued to fight despite the pain, and then dropped to the field when the skirmish was over. She begged to be left for dead, not wanting her secret revealed. But a soldier put her on his horse and they rode to the nearest hospital, six miles away. The doctor treated her deep facial wound. Deborah then carefully found a way out of the makeshift hospital without being seen, and returned to her regiment. She used her own pen knife to dig out one of the bullets, then sewed it up with a needle. She wasn’t able to get the other ball out, and her leg never fully healed because of it. She spent the next 7 months in a promoted position as servant to General Patterson. This was a blessing as it  gave her leg time to heal. During the Summer of 1783, Deborah came down with a malignant fever and was cared for by Doctor Barnabas Binney. Upon examining her, he removed her clothes and discovered bands binding her breats, and her true identity. She stayed in his home and was treated by the his wife and daughters. He didn’t reveal her secret, however, and when she recovered she went back into the army. The peace treaty was signed and the all soldiers were sent home. She too was sent home, with honor, and went on to marry Benjamin Gannett and bear three children. When she died in 1827, her tombstone had both her name and that of Robert Shurtleff, followed by an epitaph that summarized her commitment to freedom. It read, “The Female Soldier”.

At the beginning of the war, the British controlled Boston and its harbor, which allowed them access to ships that brought soldiers and ammunition from England. They were lacking, however, fresh meat and hay for their horses.  Just North of Boston was the city of Chelsea and two islands, Noddles and Hog. The islands were inhabited by farmers who had both the meat and hay the British needed to sustain themselves. The colonists, led by Captain Stark, thought it would be a great idea to remove any provisions from the islands so the British couldn’t use them. In the early morning of May 27, 1775, Stark and his 300 men went to Noddle Island and began burning the hay and disposing of the livestock. The British were alerted by the smell of smoke and arrived  before too much damage was done. The colonists were forced to retreat to Hog Island, where they immediately began to remove the cattle and hay to the mainland. Once again the British tried to stop them, this time by sending out a schooner named Diana. It was unfortunate for them that the wind died and they couldn’t get past the shallow waters. As the tide went out, the Diana became stuck in the mud. Meanwhile, 300 more men had joined Colonel Starks and brought 2 cannons with them. They began firing on the Diana until the British soldiers fled the ship. Then they were able to board the Diana and carry off the provisions left by the British before setting it on fire. Although this skirmish was small and had very few casualties, it left the British troops demoralized. It was the first time the colonists ever sunk a British ship, and they did it without even having a navy.