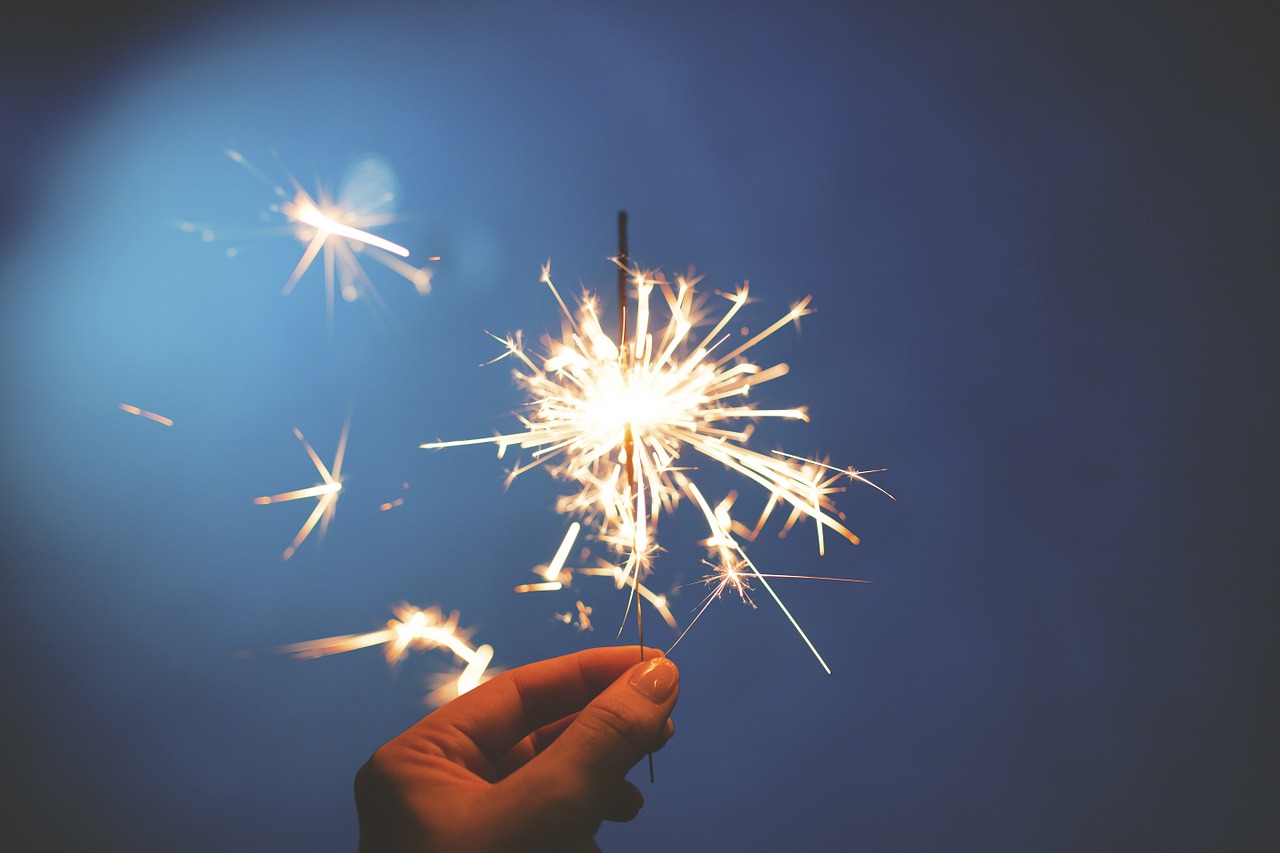 4 – Declaration of Independence adopted and sent to printer (76)

As the time neared for the passing of Thomas Jefferson, he was surrounded by his family at Monticello. He knew he was close to death. He said, “I have done for my country, and for all mankind, all that I could do; and I now resign my soul, without fear, to God.”  It was the night of July 3, 1826, just hours until midnight. It was his family’s wish that he hold on until the following morning, the 50th anniversary of declaring independence; a declaration he had written. At one point during the night he asked, “This is the Fourth?” When his family assured him that it was July 4th, he quietly said, “Just as I wished.”  Just past noon, he died peacefully. A few hours later, in his last moments of life, John Adams was also preparing his soul for God. His last words were, “Thomas Jefferson still survives!” He didn’t know of course, that Jefferson had just passed on, but his now famous words still ring true. Both men deserved the honor of dying on so great a day. One mourner said of Jefferson, “The grief that such a man is dead may be well assuaged by the proud consolation that such a man lived.”

Long before the disputes against England began, colonists were on the same team as their mother country. The British were still the greatest army in the world, and were busy battling the French for land in America and Canada. The French and Indian War was important for many reasons, especially the experience it gave our future general, George Washington.  He was assigned a regiment of colonists which was actually a very low rank, as colonists were seen as inferior soldiers. But as colonel, he tried to influence the British to be more prepared for ambush attacks. The Indians were known for waiting in dense forests and attacking unsuspected, while the British, with their white crossed uniforms, were still fighting in strict formation. At the Battle of Monongahela, on July 9th of 1755,  Colonel Washington tried in vain to warn General Braddock and Gage that the French and their Indian allies would be fighting guerilla style. Undeterred, the British marched toward Fort Duquesne, and were fired upon as if from invisible muskets. Within minutes, bodies of horses and soldiers littered the ground. The Indians were unyielding marksmen. The soldiers were unable to see who they were fighting, and in the confusion retreated into more of their own men. Braddock tried to organize the fray, but his men were frightened by the inhuman war cry of the Indians.  Five horses were shot from beneath Braddock, and then each of his aides were killed one by one, except Washington. The Indians singled out every officer and eventually even shot Braddock (who died a few days later), forcing a chaotic retreat. After the battle, Colonel Washington found 4 musket balls had torn his coat, but not one had wounded him. The Indians later testified that after trying to kill him repeatedly, they were convinced that he could not be shot and was protected by an Invisible Power. The Indian chief Redhawk, who had never before missed his mark, stopped trying after 11 shots. Another famous warrior said, “Washington was never born to be killed by a bullet. I had seventeen fair fires at him, and after all could not bring him to the ground.”   One colonial subordinate watched Washington during the battle and said, “I expected every moment to see him fall. Nothing but the superintending care of Providence could have saved him.” George Washington, throughout his life, acknowledged the hand of God in sparing his life. This battle, 20 years before the American Revolution, was the first miracle of our nation’s birth.

Fifteen years after the Battle of Monongahela, George Washington and his childhood friend, Dr. Craik, were traveling westward toward uninhabited territories.  They were met by a group of Indians and an old chief who had heard Washington was in the area and set out to find him. They started a council fire and the old chief talked to Washington through an interpreter.  This is what he said:

“I am a chief and ruler over my tribes. My influence extends to the waters of the great lakes and to the far blue mountains. I have traveled a long and weary path that I might see the young warrior of the great battle [Monongahela]. It was on the day when the white man’s blood mixed with the streams of our forest that I first beheld this chief [Washington]  I called to one of my young men and said, ‘mark yon tall and daring warrior? He is not of the red-coat tribe. He hath an Indian’s wisdom, and his warriors fight as we do- himself is alone exposed. Quick, let your aim be certain, and he dies.’ Our rifles were leveled, rifles which, but for you, knew not how to miss – ’twas all in vain; a power mightier far then we shielded you. Seeing you were under the special guardianship of the Great Spirit, we immediately ceased to fire at you. I am old and soon shall be gathered to the great council fire of my fathers in the land of shades; but ere I go, there is something bids me speak in the voice of prophecy. Listen! The Great Spirit protects that man, and guides his destinies – he will become the chief of nations, and a people yet unborn will hail him as a founder of a mighty empire. I am come to pay homage to the man who is the particular favorite of Heaven and who can never die in battle.”

His prophesy came true, did it not?

A Flag for 50 States

In 1958, a shy seventeen year old boy named Robert G. Heft lived in Lancaster, Ohio.  His teacher assigned a patriotic school project, and talk of Hawaii and Alaska becoming states prompted him to design a new flag that would represent the would-be 50 states. He didn’t know how to sew and his mother thought that cutting apart the 48 star flag would be desecrating it. So he set to work on his own and spent 12 and a half hours creating a new flag with a different combination of stars, and sewing them one by one. He wanted the change in the flag to be almost unnoticeable, so he chose five rows of six stars alternating with four rows of five stars. He turned the flag in to his teacher, who gave him a B- on the assignment for lack of originality. His teacher then said that if he wanted a better grade,  he would have to get Congress to accept his design. Although Heft thought his teacher didn’t believe the latter to be possible, he accepted the challenge and sent it to his congressman, Rep. Walter Moeller. His flag was then sent onto congress. On July 4, 1960, when Alaska and Hawaii were admitted into the union, a proud Robert stood by President Dwight D. Eisenhower as his homemade flag was raised over the Capital. Since then it has flown over every state capital and above 88 US embassies. Robert went on to make another flag with 51 stars, just in case another state was added. It still resides in the Ohio state capitol building.

Andrew Jackson was our first “log cabin” president.  He worked his way from the frontier to the White House and served in both the Revolutionary War and distinguished himself in the War of 1812.  At the age of thirteen, he joined the colonials, carrying messages on horseback. He and his brother were captured and taken as prisoners of war.  One officer demanded that the young Jackson polish his boots. He refused. The officer was so angry he slashed Andrew’s forehead, leaving a large gash and a proud  scar the rest of his life. He and his brother Robert then contracted smallpox. Their mother Elizabeth was allowed to come to the prison and take care of them. While there, she begged for their release. She was finally able to secure their release, but three days later Robert died. When Andrew had finally recovered, Elizabeth sent him to live with a relative to assure herself that he would be safe and healthy. She mourned for the loss of her older son and the conditions inside the prison. When she heard that there was an outbreak of cholera on board two prisoner ships in Charleston Harbor, she volunteered as a nurse. Unfortunately, she too caught the disease and passed away. By age 14, Jackson had lost both his parents, his only brother, and any kindness he had ever felt for the British. He blamed them for all his losses.

When the War of 1812 rolled along, he  was already a colonel in the army, and was put in charge of 5,000 troops, including Sam Houston and Davy Crockett. His men loved him. He ate the same food as the common soldier and slept on the hard ground. He got his name, Old Hickory, because the soldiers said he was as tough as old hickory wood. Later, during his campaign for president in 1828, his supporters put up hickory poles all over the country to remind people of his service and bravery.

He became an instant hero after the Battle of New Orleans in 1815.  His troops won decisively against 7,500 British soldiers. In the end, the British had 2,031 casualties to the Americans 71.  This heroism is what secured the presidency for him. At his first inauguration, citizens came to the White House in droves to see him. They came rushing inside, trampling furniture and breaking china, forcing Jackson to a nearby hotel. Staff members served punch on the front lawn to entice the well wishers out of the house. When he was leaving the presidency, he threw a party and had a 1,400 pound cheese wheeled onto the lawn. The White House smelled of cheese for weeks after he moved out!